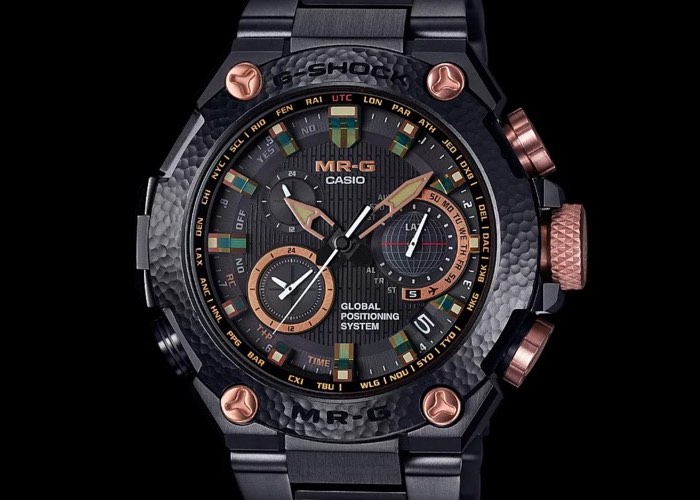 Casio has this week unveiled a new addition to their range to celebrate the 20th anniversary of the high-end MR-G range of watches with the launch of the new Casio G-Shock MR-G (MRG-G1000HT) Hammer Tone Edition that is priced at a hefty $6,200.

As you would imagine Casio has included a wealth of features in the Casio MR-G that takes the form of a fully analog G-Shock featuring GPS hybrid timekeeping and a sapphire crystal manufactured on the premium production line located at Yamagata Casio.

The surface of the case on the Casio G-Shock MR-G has been specially treated to make it 4~5 times harder than pure titanium and is coated with a diamond-like carbon finish, explains Casio.

TSUIKI is a technique using a hammer to create a relief design on thin metal sheets. From ancient times this technique has been employed in the making of items that demand particular sturdiness,such as armor and metal utensils. A perfect blend of 1200-year old Kyoto craftsmanship and majesty of MR-G. The intricate hammer tone finish applied by the metal craftsmen, makes each watch truly unique 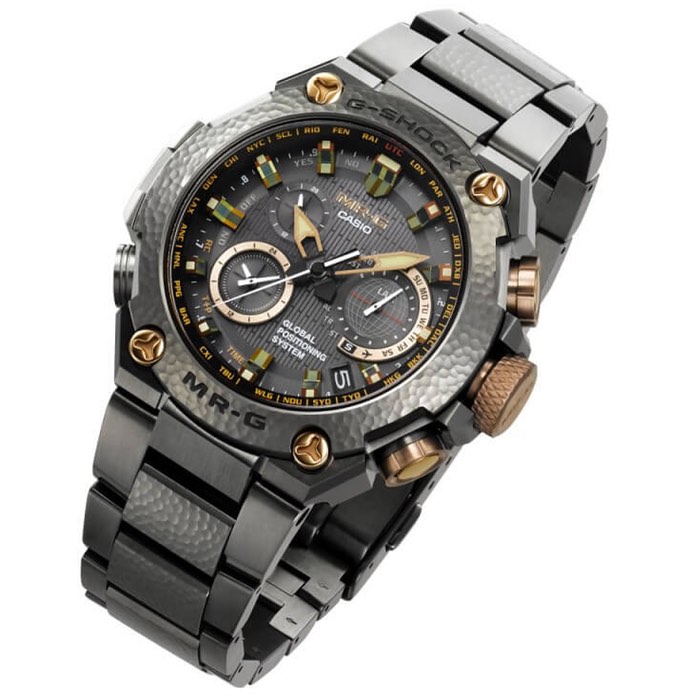 Features of the G-Shock MR-G watch include :

The Casio G-Shock MR-G will be available worldwide during July 2016 and will be priced at $6,200. For more information on the G-Shock MR-G jump over to the official Casio website by the link below.