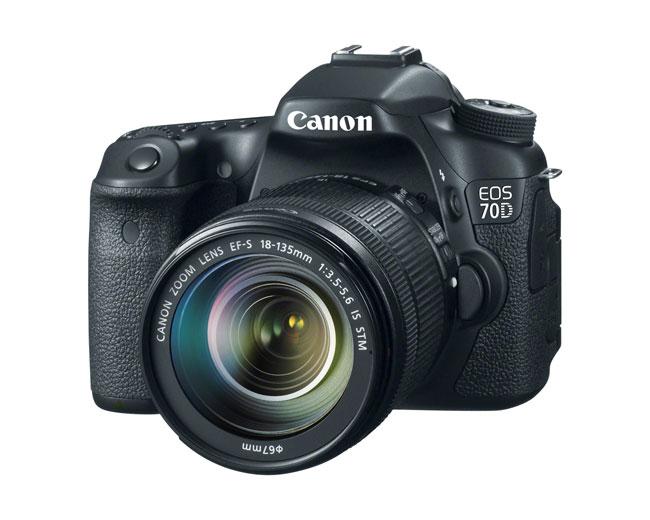 “The new EOS 70D Digital SLR camera is a game-changing DSLR model that incorporates advanced features for high-quality still and video capture and intuitive operation that allows photographers to evolve their creative vision from shooting still images to shooting moving images,”-“This camera’s outstanding image quality combined with built-in wireless technology and popular creative functions and filters makes it easy to turn photos into works of art and share them immediately.”