If you are looking forward to the launch of the third DLC for Call of Duty Black Ops, Annihilation, you might enjoy this quick peak at what the maps have to offer in the official trailer launched this week.

The new Call of Duty Black Ops Annihilation DLC content will be arriving first on the Xbox 360 next week on June 28th. Followed shortly after on the PS3 and PC and will include 5 new maps : Hangar 18, Drive-In, Hazard, and Zombie map called “Shangri-La.”. 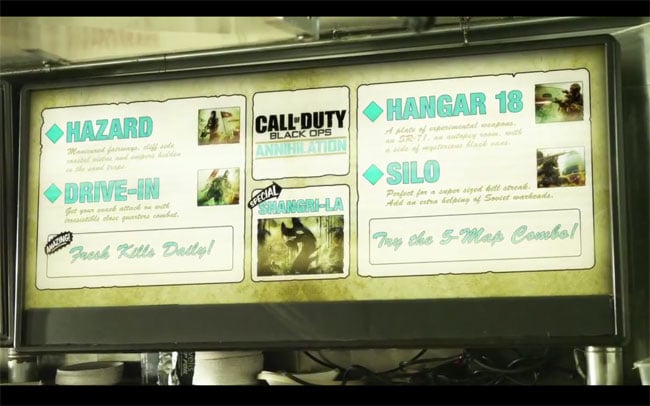 The maps include a number of different locations for multiplayer fighting : “Hangar 18,” located in the highly classified military base of Area 51, “Drive-In,” close quarters combat through a 60’s American Drive-In theater, “Silo,” infiltrate a massive secret Soviet nuclear missile site in this multilevel battleground, “Hazard”, play through this coastal golf course on the cliff sides of Cuba, “Shangri-La,” a legendary shrine lost in an exotic jungle.