There will be two BlackBerry 10 enabled devices available, one with a physical QWERTY keyboard, similar to the existing BlackBerry Curve, and a second full touchscreen device, the BlackBerry L Series. 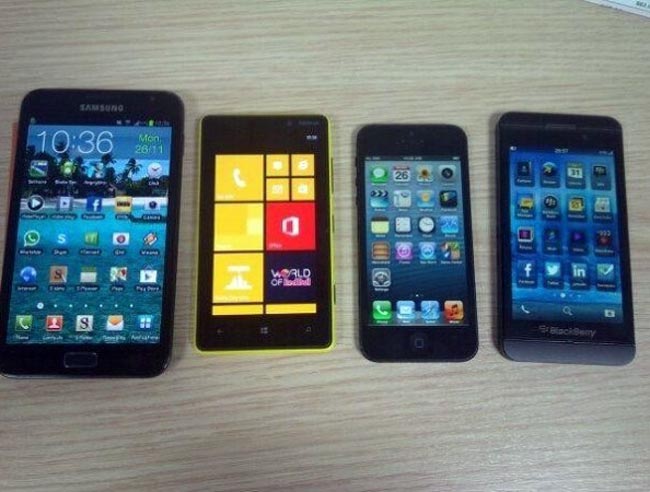 We have already seen a number of photos of the new BlackBerry L Series, and now we have a photo of the device, which you can see above next to the latest smartphones from a range of manufacturers.

The photo above gives us a good idea of the size of the new BlackBerry L Series, as it is pictured next to a Samsung Galaxy Note, a Nokia Lumia 920 and Apple’s iPhone 5.

It will be interesting to see what the BlackBerry 10 L Series and also BlackBerry 10 is like when they are released next year, as soon as we get some more information on the handset, including an official launch date we will let you guys know.