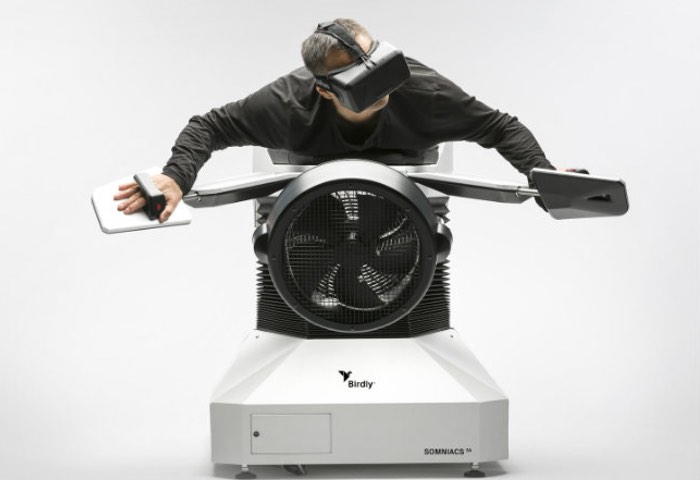 First unveiled back in 2014 Swiss artist and inventor Max Rheiner has been developing his Birdly virtual reality system that has been designed to provide users with the immersion and feeling of actually flying using the new VR technology which is set to explode into our lives next year with the launch of devices such as the Oculus Rift, PlayStation VR and HTC Vive to name a few.

Birdly as the name suggests has been built for one purpose to enable the user to enjoy the sensations of flight whilst wearing a virtual reality headset. Check out the video below to learn more about this new VR system which provides full body VR immersion.

To use Birdly users put on a VR headset and climb face-down onto a motion platform table, with arms outstretched like a bird in flight. Force-feedback platforms under the hands and arms act as wings, letting users control their flight but also experience simulated wind resistance. A front-mounted fan blows air at the appropriate angle, further reinforcing the haptic illusion of flight.

Unfortunately no information on pricing or worldwide availability has been released as yet for Birdly, but as soon as information comes to light we will keep you updated as always.