Belkin has added a new product to its range of wirelessly connected devices providing additional home automation for users using their WeMo system with the launch of their new Crock-Pot WeMo Slow Cooker. 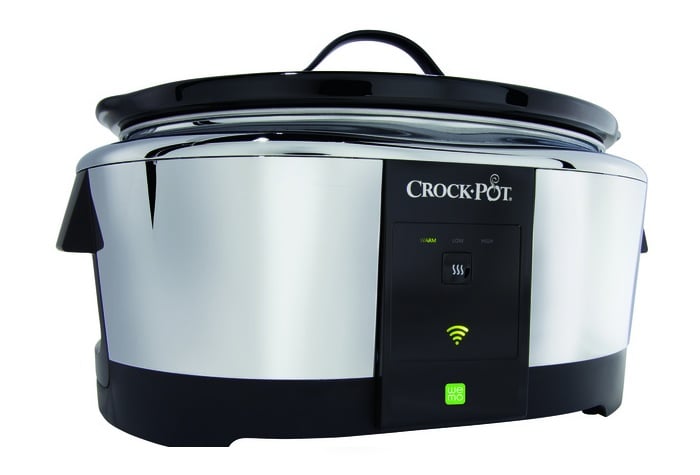 Currently the Crock-Pot WeMo Slow Cooker can only be turned on or off via the companion application but this is a good start and allows you to make sure your dinner is cooked and ready when you get home. Even if you do have to still prepare all the vegetables and ingredients yourself.

Other WeMo appliances being showcased at CES 2014 this week by Belkin include a Mr. Coffee smart coffee maker and a Holmes smart humidifier, however these ae still currently in development and no information on pricing or worldwide availability has been released as yet by Belkin.

The Belkin Crock-Pot WeMo Slow Cooker will be launching during the spring and will be priced at around $99. As soon as  more information is released we will keep you updated as always.