BlackBerry announced a while back that they would be bringing BlackBerry Messenger to Apple’s iOS platform and Google’s Android platform, and now we have a photo of BBM on Android.

The photo below shows BBM running on the Samsung Galaxy S4 and it was posted online by the BGR, and it give us a quick look at what BBM will look like on Android. 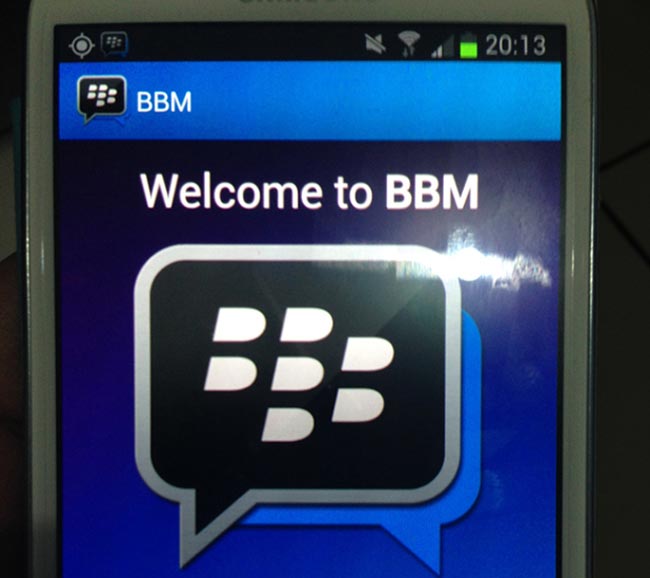 We previously heard that BBM would land on Android in September, this has yet to be confirmed, as soon as we get some more details we will let you guys know. 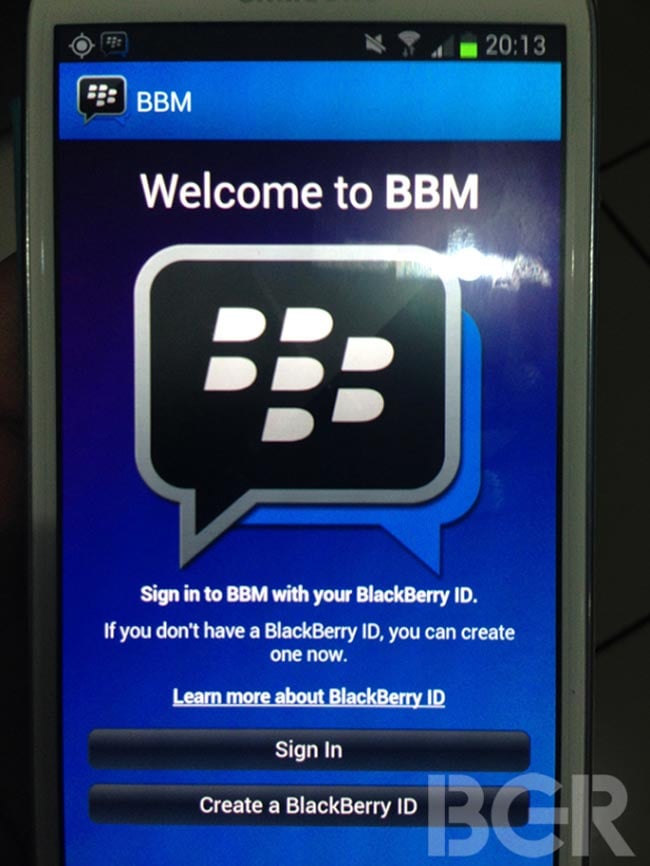