At E3 this week more information has been divulged on the new Battlefield 4 Commander Mode which enables players to take a command role within Battlefield 4 via a connected tablet. 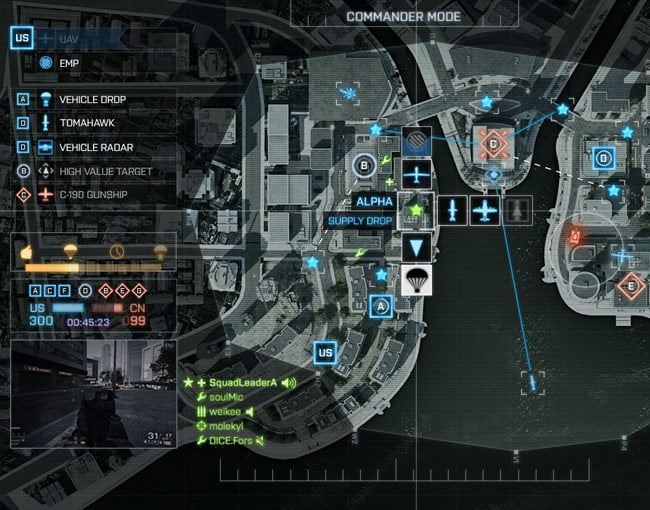 “Only in Battlefield 4 Commander Mode will you lead your team in Commander Mode, which lets you take point and turn the tide of battle. Creative Director Lars Gustavsson delivers the intel on this fan-favourite feature.”

“Battlefield 4 is the genre-defining action blockbuster made from moments that blur the line between game and glory – moments found only in Battlefield. With dynamic destructible environments, epic vehicular combat, and the chaos of all-out war, Battlefield 4 gives you the freedom to do more and be more for an unrivaled entertainment experience.”