Iron Man can suck it. While Tony Stark can carry his metal suit in an attache case, we doubt he can use it to barbecue stuff. Enter the latest portable meat cooker/rotisserie from Carson, a company that specializes in such clever gadgets. Not only is it lightweight, but it has got space inside for seven luscious barbecues cooking above the infernal flames at its bottom. Hungry now? 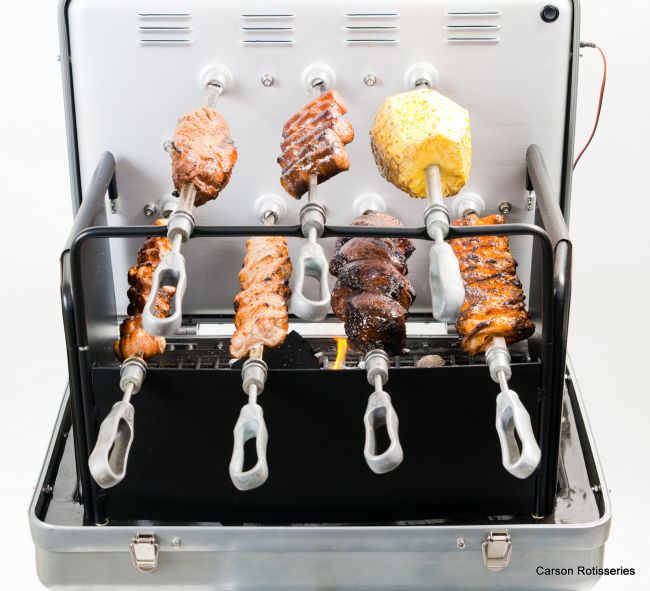 The incredible part is it comes in a set that includes a 12 volt battery and a four-legged stand to support it outdoors. But its also capable of being AC powered.

It’s not cheap though and wills et you back a considerable $719.