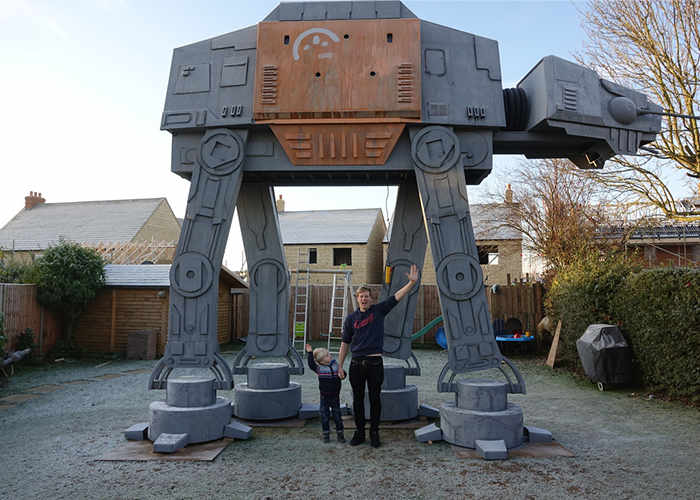 What better than to celebrate the launch of the new Star Wars Rogue One movie in the UK, than to feature a fantastic Star Wars AT-AT play den which has been created by awesome developer and maker Colin Furze.

Created in conjunction with eBay the huge AT-AT construction towers above the surrounding houses and took six weeks to complete, and has been decked out with masses of Star Wars merchandising side together with a games console and storm trooper helmets.

Watch the videos below to learn more about its construction and final design.

Build the best gift a Star Wars fan could ask for, so a massive AT-ACT is the plan and turn it in to the ultimate den with everything sourced from eBay which is pretty much what i do anyway so this is just perfect.