I eat sleep and breathe technology, along with geek toys and video games. When I'm not blogging about the latest gadgets and technology, I am usually reading about them, or busy playing fantasy role playing games or Star Trek: Attack Wing. You can follow me on Google+.

Last year, there were rumors that we might see a new Nintendo Switch model that would be an upgraded model of the current Switch. Those rumors later proved to be not true. Earlier this month, those rumors surfaced again, and this time it made a bit more sense since more time had passed. As it turns out, those rumors are wrong again. Nintendo’s CEO and President Shuntaro … END_OF_DOCUMENT_TOKEN_TO_BE_REPLACED 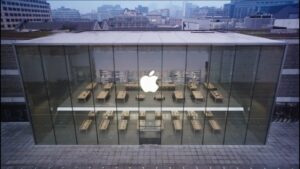 The coronavirus outbreak is having an impact on the tech world. Apple is closing all of its retail stores and corporate offices in mainland China through February 9th out of an "abundance of caution". Apple had initially closed three stores, but this shuts down a whopping 42 locations across the country. While suppliers like Foxconn have said they don't expect problems … END_OF_DOCUMENT_TOKEN_TO_BE_REPLACED

The Switch version of The Outer Worlds has a release date: March 6th. That is when Obsidian's RPG will arrive on Nintendo's console. This is several months after it debuted on PC, PlayStation 4 and Xbox One. The space-set game drew mixed reactions for its relatively short length for a single-player RPG but was a popular choice among players. Some players completed it in less … END_OF_DOCUMENT_TOKEN_TO_BE_REPLACED

Nintendo resisted mobile for a long time, but it finally made the shift and it looks like it has paid off for the company big time. According to the latest figures from Sensor Tower, it seems that Nintendo’s decision to start developing mobile games has paid off. The report claims that so far, the company has made a whopping $1 billion from games on both iOS and Android … END_OF_DOCUMENT_TOKEN_TO_BE_REPLACED

If you are playing Psyonix’s Rocket League on a Mac or Linux computer, you should know that the developer has announced that they will be dropping support for online multiplayer for the game on both those of these platforms. This will happen in March after a final patch for the game has been released. Harmonix says, “As we continue to upgrade Rocket League with new … END_OF_DOCUMENT_TOKEN_TO_BE_REPLACED

Last year, Niantic promised Pokémon Go players a feature called "Go Battle League" that would give them a way to fight other trainers from around the world. Now, the developer has started rolling out Go Battle League, and it will make its way to players based on their trainer level. However, you may have to wait a bit to get it, because Niantic temporarily paused the release … END_OF_DOCUMENT_TOKEN_TO_BE_REPLACED

Ahead of the launch of Pokémon Home next month, Nintendo has shared pricing for the cross-platform storage and transfer service. You may not like it. A month of the Premium subscription to Pokémon Home will cost you $3 every 30 days. Nintendo also plans to offer quarterly and annual subscription options, where you'll need to pay either $5 every three months or $16 per year. … END_OF_DOCUMENT_TOKEN_TO_BE_REPLACED

You don't hear about Atari these days when it comes to gaming. It is all Microsoft, Sony, and Nintendo. But back in the day companies like Atari were extremely relevant. These days, Atari is no longer the gaming powerhouse that it once was, but it seems that the company is hoping to stay relevant. How so? In the form of Atari themed hotels. For real. While Atari isn’t … END_OF_DOCUMENT_TOKEN_TO_BE_REPLACED

A few years ago when Hideo Kojima was working at Konami, there was a new Silent Hill game in development, but sadly the game was never completed and Kojima left the company. That saddened many fans and left us all wondering about the fate of the franchise. Well, it looks like there could be some very good news for those of us who have been waiting. According to a tweet by … END_OF_DOCUMENT_TOKEN_TO_BE_REPLACED

We all know about their ability to add some color and whimsy to a text message, and emoji have become a part of our online interactions every day. Now, thanks to a new piece of proposed legislation introduced last week in the Vermont House of Representatives, they could soon start making state license plates more colorful too. It sounds crazy, but the bill, introduced by … END_OF_DOCUMENT_TOKEN_TO_BE_REPLACED

Hulu's animated Marvel show lineup won't feature as many characters as we might have hoped. The Hollywood Reporter hears that Marvel has cut two of the shows, Howard the Duck and Tigra & Dazzler, in favor of focusing its energy on the remaining MODOK and Hit Monkey as well as the live-action Helstrom. You can't have everything I guess. Howard The Duck fans will be … END_OF_DOCUMENT_TOKEN_TO_BE_REPLACED

If you’ve been keeping up with Fortnite’s various updates – you might already know about this latest news. Chapter 2’s season 2 is coming on February 20. In the official announcement for the next update, Epic Games mentioned the release date of season 2 for Chapter 2. Fans are naturally excited. They also talked about the next game update 11.50 in early February that will … END_OF_DOCUMENT_TOKEN_TO_BE_REPLACED