I eat sleep and breathe technology, along with geek toys and video games. When I'm not blogging about the latest gadgets and technology, I am usually reading about them, or busy playing fantasy role playing games or Star Trek: Attack Wing. You can follow me on Google+.

Nintendo’s Super Smash Bros. games feature video game characters from a variety of games and publishers, but I guess you can't get every character that you want. One of the unsuccessful requests from Nintendo is apparently Sora from Kingdom Hearts. This info is from a recent episode on the Kinda Funny Gamescast where former Game Informer editor, Imran Khan, claimed that … END_OF_DOCUMENT_TOKEN_TO_BE_REPLACED

The new Motorola Razr has an all-black exterior, which doesn't exactly help it to stand out from the crowd. But, don't worry, you'll have a better chance to flaunt your handset very soon and make an impression on others. Motorola has confirmed that a "Blush Gold" version of the Razr will be available as soon as this spring. We don't yet have more specific launch details, but we … END_OF_DOCUMENT_TOKEN_TO_BE_REPLACED

Valve is working on a new moderation system for CS:GO that could get rid of bad players. The upcoming system will warn players if they receive significantly more abuse reports than their peers and it also punishes them if they ignore it. If others continue reporting them for abuse, then they will be muted by everyone by default. It seems harsh, but they were warned. Other … END_OF_DOCUMENT_TOKEN_TO_BE_REPLACED 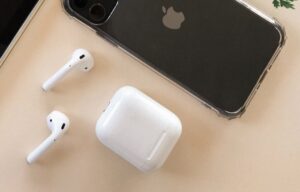 Recently we had heard that if you wanted Apple’s AirPods Pro, the headphones have been back ordered until March. Since the headphones are so popular, it wasn’t surprising, but a new report from the Nikkei Asian Review suggests that maybe popularity isn’t solely to blame for the low stock. The report says that due to the coronavirus outbreak, it has affected a … END_OF_DOCUMENT_TOKEN_TO_BE_REPLACED

Most of us like to sing along to songs. If we know the lyrics anyway. So what do we do when we don't know them? We pull up a website that has the lyrics of course. But if you’d rather not interrupt the process by pulling up another app on your phone, YouTube has your back, if you’re a YouTube Music subscriber. In the latest update to the app, Google has enabled lyrics for … END_OF_DOCUMENT_TOKEN_TO_BE_REPLACED

Traffic is frustrating, which is why you hear so much horn honking during traffic jams and congestion. Whether it is a slow driver, a traffic jam, or drivers who are too distracted to move when the traffic light turns green, many of us hit that horn. But in Mumbai, India, it seems that the police in the city are getting fed up with drivers honking their horns non-stop, so … END_OF_DOCUMENT_TOKEN_TO_BE_REPLACED 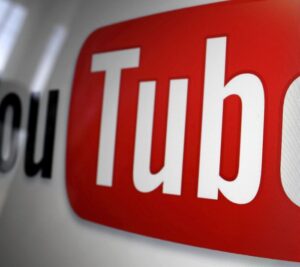 Are you a Youtube addict? I think we all are. Whether it is cat videos or something else. We are watching content on the platform every day. It has become a major part of our lives. However, you'll have to let go of YouTube's older interface if you've been reticent to try the 2017 redesign up until now. YouTube has warned that it's dropping the classic web interface in … END_OF_DOCUMENT_TOKEN_TO_BE_REPLACED

Many make fun of Apple’s AirPods for their design and price, but there is no denying that they are popular. According to reports and Apple’s online store, it looks like if you wanted to get your hands on the AirPods Pro, you might have to wait until at least March. That's a wait time of about a month which is pretty long for headphones. The truth is if you go to a physical … END_OF_DOCUMENT_TOKEN_TO_BE_REPLACED

Blizzard’s Warcraft franchise was extremely popular at one time and helped to spawn the company’s World of Warcraft MMORPG, which is one of the most popular MMORPG’s in the world. And so many gamers were excited for Warcraft 3: Reforged. The game was recently released, but unfortunately, many were disappointed. Reviews of the game were mostly less than favorable. So it … END_OF_DOCUMENT_TOKEN_TO_BE_REPLACED

Fallout 76's Wastelanders update will launch on April 7th on PlayStation 4, Xbox One and PC. This update is finally adding non-playable human characters to the game. The free DLC was initially supposed to come out last year, but Bethesda delayed it in October. Now it is almost here. On the same day, Fallout 76 will also be available on Steam. In addition to human characters … END_OF_DOCUMENT_TOKEN_TO_BE_REPLACED

More governments in the US are offering the ability to vote by smartphone now. West Virginia's governor is ready to sign a bill requiring that all counties offer people with disabilities a way to vote online, just in time for the 2020 presidential election. It would be the first state to allow the option. Secretary of State Mac Warner said it would most likely offer the mobile … END_OF_DOCUMENT_TOKEN_TO_BE_REPLACED

The Wii U was a flop. So many thought that Nintendo was in big trouble. However, the Switch has turned things around for the company and it looks like it is showing no signs of slowing down. According to the latest sales figures, the Nintendo Switch has managed to sell 52.48 million units so far. This is an impressive number when you consider that it has also managed to … END_OF_DOCUMENT_TOKEN_TO_BE_REPLACED