It appears to me as the electrocution events are on the rise since last week. Earlier, a Chinese girl died after answering her iPhone 5 while it was charging at home, due to an alleged counterfeit Apple charger. Later, another news mentioned a Chinese man ended up in a coma after getting shocked when he plugged in his iPhone 4 to the adapter.

Due to the increasing number of counterfeit accessories in China, Apple even rolled out a safety page on its Chinese site warning users to purchase only authenticated chargers that are approved by Apple. They even posted few images to differentiate between an original charger and a counterfeit one. Today, another such incident was reported from Australia where a woman, in her 20s, got shocked while using her iPhone. 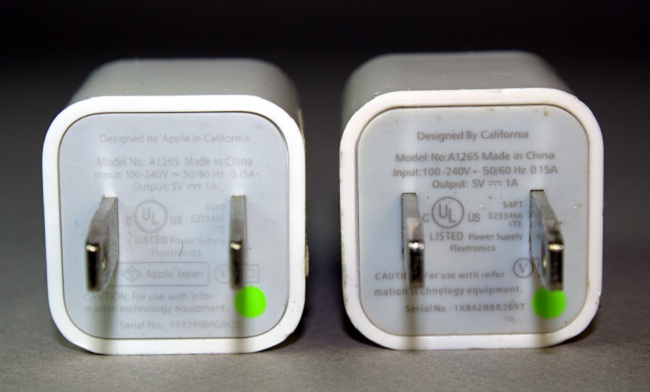 Australian authorities issued warnings after the girl was hospitalized due to a shock received while using iPhone. The woman was taken to the hospital and is said to be in a stable condition. Currently, there is no evidence if the iPhone was plugged in or not but ambulance authorities said that they respond to many emergency calls related to mobile phone shocks. The officials said they received about 232 emergency calls of such electric shocks and asked users to take precautions while using their devices.

We must take all the precautionary measures to make sure that such events do not occur. Firstly, avoid using any third party charger that is not approve by Apple. Secondly, it is recommended not to answer a call when the device is charging. Also, one of the spokesman mentioned that it is due to the dust that could get into the terminals resulting in a short circuit. So, make sure the dusty devices are vacuumed before use. Stay safe.