The new HTC One Mini was made official recently, and now it looks like the handset is headed to AT&T, as a press photo for the AT&T HTC One Mini has been leaked.

The HTC One Mini comes with a 4.3 inch HD display with a resolution of 1280 x 720 pixels, processing comes in the for of a dual core 1.4GHz Qualcomm Snapdragon 500 processor, plus 1gB of RAM and 16GB of built in storage. 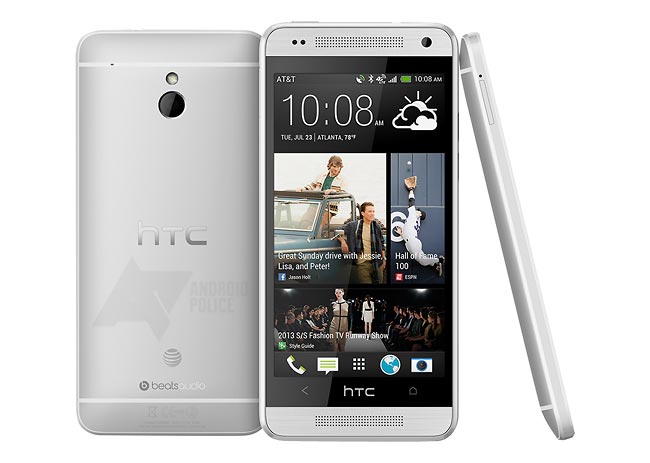 The HTC One Mini features Android 4.2.2 Jelly Bean, and comes with HTC Sensor and HTC Blinkfeed. There are no details on an official launch date for the handset with AT&T, all we know is that it will land some time in August.