I am interested to get my hands on the Asus Transformed Prime Tablet. This is being called the best Android tablet out there by some reviewers and it is the most likely to challenge the iPad 2. Amazon recently cancelled some orders for the tablet allegedly due to excessive demand. A new accessory for the tablet has surfaced on Facebook. 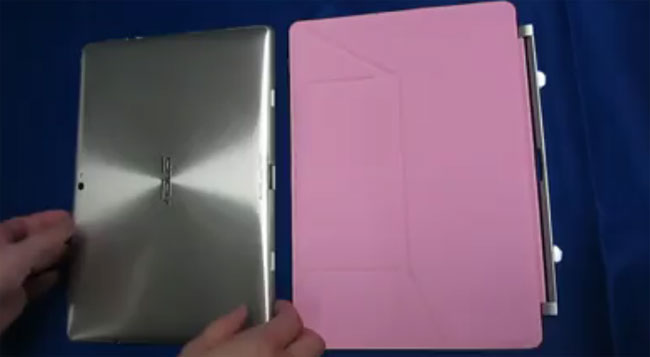 The official Asus Taiwan Facebook page has a video of the Transformer Prime Sleeve. The sleeve is a flat cover that connects to the tablet and protects the screen. It has lines on it that allow the cover to be folded. Depending on how you fold it you can use the sleeve to prop the tablet up in one of two positions.