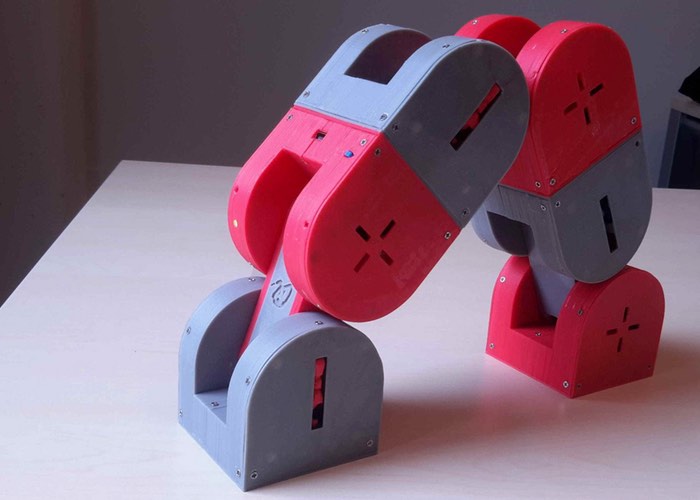 Arduino enthusiasts and makers with access to a 3D printer might be interested in a new open source self reconfigurable modular robot that has been created and powered by an Arduino Nano development board.

Check out the video below to see the Dtto modular robot in action, and how it can both self assemble and disassemble itself and has been built as an entry for the 2016 Hackaday Prize.

Dtto is [Alberto’s] entry in the 2016 Hackaday Prize. Inspired by Bruce Lee’s famous water quote, Dtto is a modular snake-like robot. Each section of Dtto is a double hinged joint. When two sections come together, magnets help them align. A servo controlled latch solidly docks the sections, which then work in unison. Dtto can connect and separate segments autonomously – no human required. [Alberto] sees applications for a robot like [Dtto] in search and rescue and space operations.

For more information on Dtto and other robots entered into the 2016 Hackaday Prize competition jump over to the Hack A Day website via the link below.