Archos has added a new Android tablet to their range of the Archos 97 Carbon, the device comes with Android 4.0 Ice Cream Sandwich and features a 9.5 inch multi-touch display with a resolution of 1024 x 768 pixels.

The Archos 97 Carbon is powered by a single core 1GHz processor and features 1GB of RAM, there is also 16GB of built in storage, plus a microSD card slot which can take up to 32GB cards. 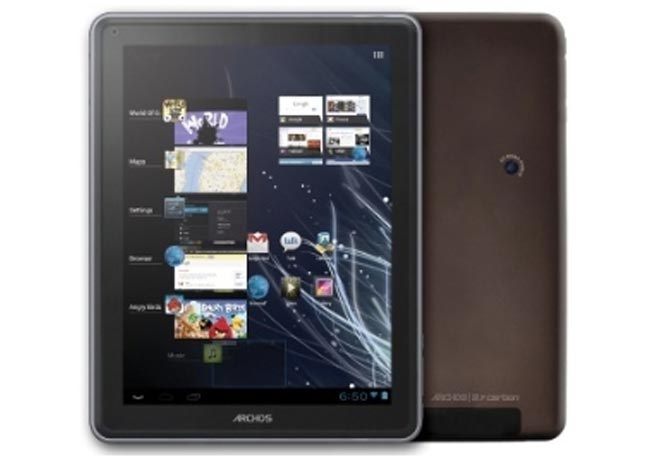 Other specifications on this new Android tablet from Archos include front and rear facing cameras, although no details were given on the exact specifications of the two cameras, WiFi, HDMI, plus a range of Google apps pre-installed.

Archos have said that the 97 Carbon will be available later this month and will retail somewhere between $229.99 and $249.99.