I’ve long blamed Indiana Jones for my fascination with archaeological findings and lost cities hidden in the jungle. A group of archaeologists say that they have found ancient Maya city that has been lost in the Mexican jungle for centuries. The discovery was made in the rain forests of the remote nature reserve in Mexico. 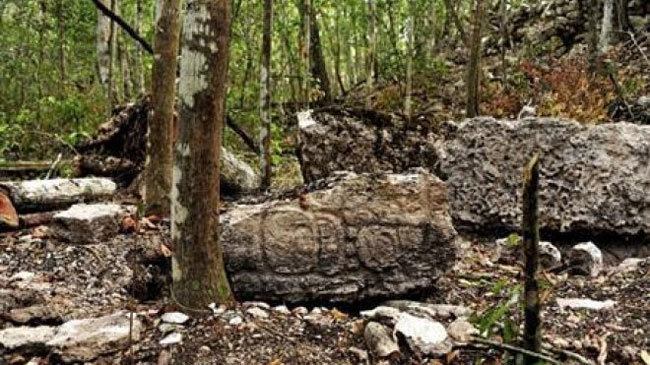 The scientists are calling the city Chactun, which translates to Read Rock or Large Rock. The hope of the scientists working on the project are that the new city could reveal information about why the ancient Maya civilization collapsed about 1000 years ago. The team says that the discovery holds 15 pyramids, ball courts, plazas, and other structures characteristic of Maya civilizations.

Estimates put the number of people who lived in the ancient city at around 40,000. The team believes that the city was populated during the late Classic period of Maya civilization between 600 and 900 AD. The city was initially discovered by viewing aerial photographs of the nature reserve. The team then spent six weeks to create a 10-mile long trail to get to the lost city. Interestingly, the scientists say that lumberjacks and gum extractors had previously discovered the city because there were cuts on trees. However, no one ever told authorities the city existed.