It looks like Apple’s App store is about to hit another milestone, as Apple has announced that the App store is getting close to a total of 10 billion downloads.

Apple are giving away a $10,000 iTunes gift card to the person who downloads the 10 billionth app, and what started out as an App store for the iPhone now includes apps for the iPad, iPod Touch and also the new Mac App store. 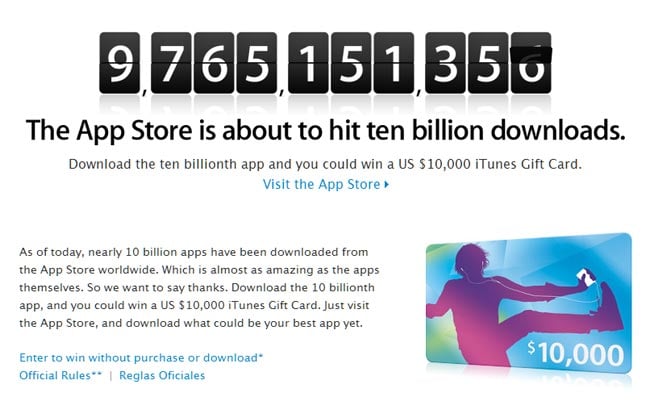 The fact that Apple is close to reaching a total of 10 billion downloads is extremely impressive and shows just how popular the apps and their iOS devices have become.

You can find out more details about the 10 billionth app countdown over at Apple.