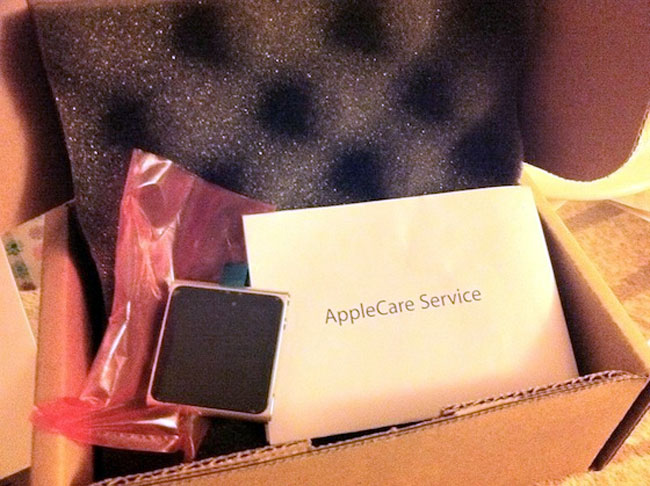 Just received our replacement today – Fedex truck pulled up late in the evening. Inside was our replacement for our 1st gen ipod nano that was sent into Apple 1 month ago.

It’s a 6th generation ipod nano, serial number shows that warranty has expired. Not sure if that means that it’s a refurbished model or if it’s a brand new model and they’ve deactivated the warranty. It’s silver.

If you have received one as a replacementm leave a comment and let us know.