It won’t be long now until Apple announced their new sixth generation iPhone, the iPhone 5, which will be announced at their press event later today at around 6PM UK time.

As usual with all Apple events, their online store has just gone offline , which means Apple is updating it with their latest products that will be announced later today. 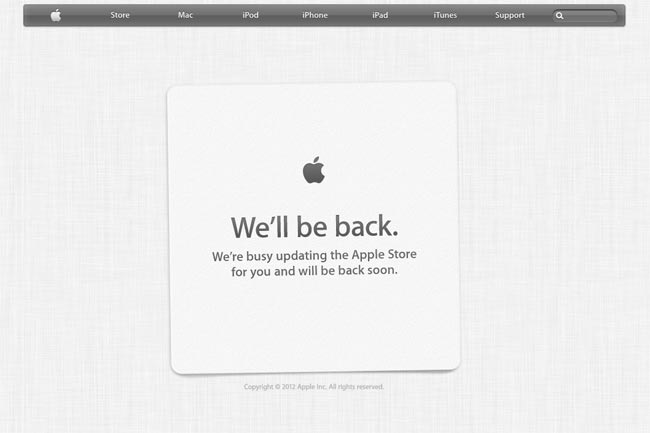 As well as the new iPhone 5 we are also expecting Apple to announce a new iPod Touch, iPod Nano and an iPod Shuffle, they may also announce the much rumored iPad Mini and we could also hear something about some new iMacs and a new 13 in Retina Display, MacBook Pro.

We will have full details on all of Apple’s new products along with their specifications and pricing later today.