Apple is holding a media event later today, and as with all of Apple’s events they have just taken their store offline ahead of the launch of some new devices, which we are expecting to include the new iPad Mini.

Apple’s iPad Mini is rumored to feature a 7.85 inch display, and also Apple’s new Lightning dock connector which was introduced with the launch of Apple’s new iPhone 5 last month. 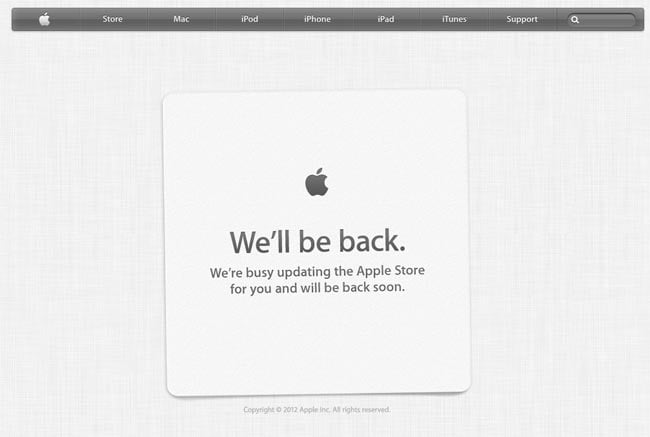 As well as the new iPad Mini we are expecting Apple to introduce a number of other devices, which may include a new Mac Mini, a new 13 inch MacBook Pro with a Retina Display and also some new iMacs.

One thing we are expecting to here about at the event is Apple Maps, Apple’s new mapping application which replaced Google Maps in iOS 6, and the app has come under quite a bit of criticism, so we are expecting Apple to update how they are progressing on improving the app.