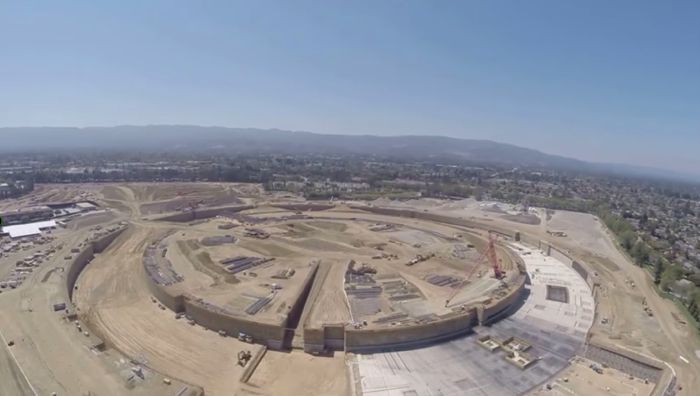 Construction on the new Apple Spaceship campus started earlier in the year, we saw a photo of the campus a couple of months ago, and now we have a video, which shows how the project has progressed in the last few months.

YouTube user jmcminn captured the video below using a GoPro Hero 3+ camera and a Phantom 2 Drone, the video shows how far the build has moved on, and the foundations of the campus can now be seen.

Apple are expected to finish their massive building project in 2016. The Apple Spaceship Campus will house more than 12,000 employees and the main building will measure a massive 2.8 million square feet.