Owners of Apple systems running either Snow Leopard, Lion and Mountain Lion might be interested to learn that Apple has this week released a new security update for those systems.

Unfortunately no details about the intricacies of the new Apple Security  update have been released by Apple and the current time and probably never will be. 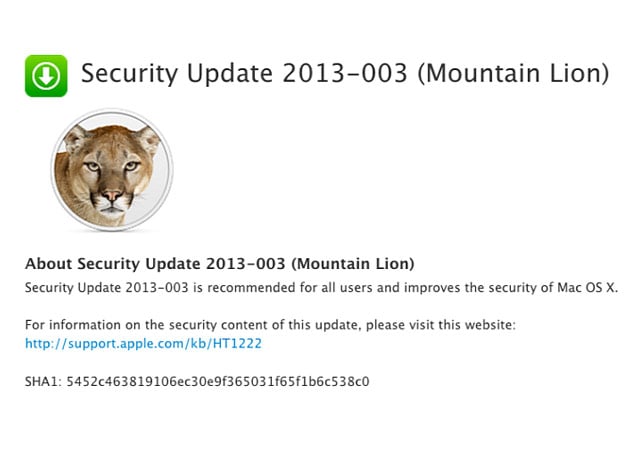 However all the updates are now available either through the automated software update route via direct download from Apple’s website. The only description provided with the updates reads:

“Security Update 2013-003 is recommended for all users and improves the security of Mac OS X.”