Apple has just released figures revealing over 1 million downloads have already been made from their new Mac App Store in just the first 24hrs. However even with a this impressive amount of downloads there are still a few issues that need to be ironed out to make the new Mac App Store a real winner. 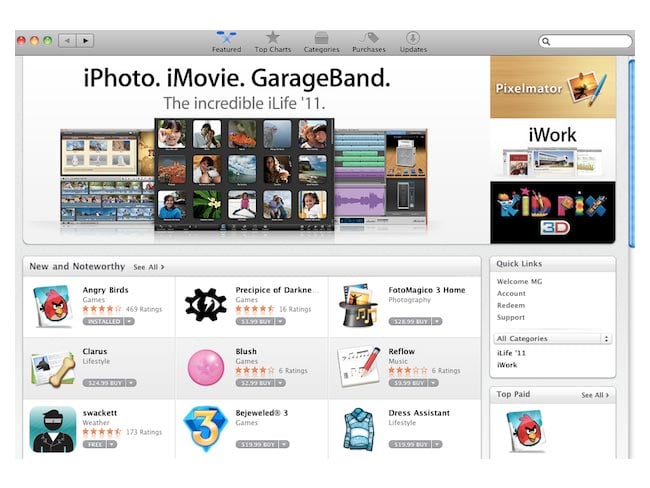 Piracy and app update issues aside not being able to demo any of the offering in the new Mac App Store is already a big problem for many and now with Apple as the middle man between the developers and the users will the support for applications suffer as a consequence of Apples control of apps and updates together with Apple taking 30% of each developer’s paycheck?