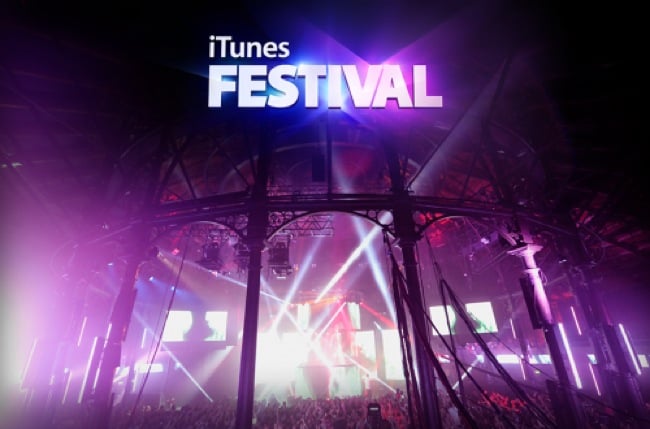 The iTunes Festival is an annual, month-long music festival and concert series which takes place in September at The Roundhouse art centre in London. Sponsored by Apple and was first held in 2007.