A new feature has been spotted that has been rolled out by Apple that provides a little love for the older germination hardware and iOS applications now that Apple iOS 7 will be launching tomorrow, together with the new Apple iPhone 5S and iPhone 5C smartphones launching on Friday September 20th. 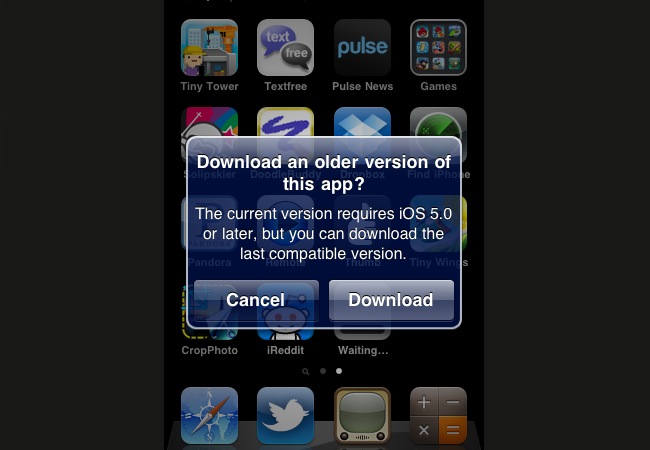 The message in the image above will appear on any Apple iOS device that is running firmware that is not supported by the application, offering to download the “Last Compatible Version” onto your device.

The new Apple iOS 7 operating system that will officially launch tomorrow brings with it over 200 new features together with an entirely new user interface deign for iOS device owners to enjoy.