According to Global Equities Research, the company which monitors Apple’s iBook sales via a proprietary tracking system, has today revealed that Apple’s new textbook service has already passed 350,000 downloads, just 3 days after being launched.

Together with around 90,000 downloads of Apple’s iBooks Author, its free textbook creation tool, during the same time period. Only last week we brought you the news that Apple had launched its new iBooks 2 and iBooks Author service, and already they look to be a success. 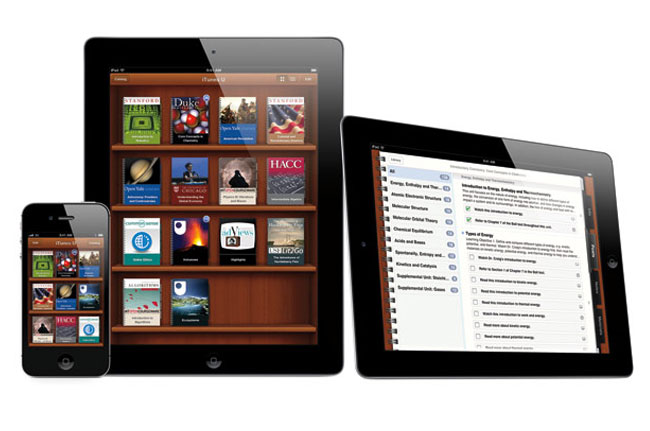 The numbers involved looks even more impressive, when you think that Apple only made 7 titles available at launch: E.O. Wilson’s Life on Earth, Algebra 1, Biology, Chemistry, Environmental Science, Geometry and Physics, hosting them in the new Textbook category in the iBookstore.

Apple’s textbook service has been designed to cover five school years for less than $15 each, partnering with three leading textbook makers Pearson, McGraw Hill and Houghton Mifflin Harcourt, and will provide 90% of the textbooks available to high schoolers. Other partners also include DK Publishing and E.O Wilson.