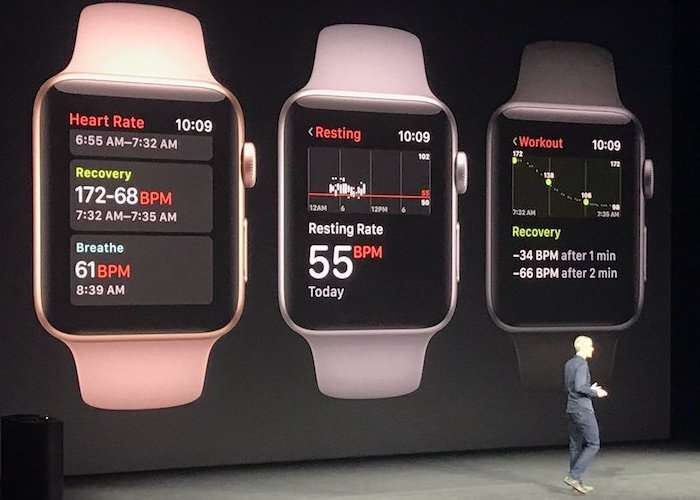 During Apple’s Special Event yesterday during which they unveiled the iPhone X, iPhone 8 and new Apple Watch series 3, Apple also announced new heart rate way tracking features that will be rolling out this month  in watchOS 4.

watchOS 4 will enable Apple Watch owners to track their heart rates for elevated HR levels when not active using the new Heart Rate app that will be rolling out with the new watchOS 4 wearable operating system and will be supported by older Apple Watches as well as the new series 3 with integrated LTE connectivity.

Apple is hoping their wearable will be able to detect common heart conditions such as atrial fibrilation, which affects tens of millions of people and often goes undiagnosed. To help fight the condition and provide users warning Apple has partnered with clinicians at Stanford for a study to determine whether the Watch can accurately detect abnormal heart rhythms, or arrhythmias, in wearers. In an interview with Fortune Apple CEO Tim Cook explained :

“We started working on the Apple Watch several years ago,” he said, and one goal was “performing some measurements of your health that people were not measuring, at least continually. Like your heart. Very few people wore heart monitors. We’re extremely interested in this area. And yes it is a business opportunity.”