Apple has just announced their new 7th generation iPod Nano, and it now comes with a larger 2.5 inch multi-touch touchscreen display, and the new iPod Nano is almost 50 percent thinner than the previous model.

The new iPod Nano will be available in a total of seven different colors, and it comes with a built in FM tuner with a live pause feature and will also play videos. 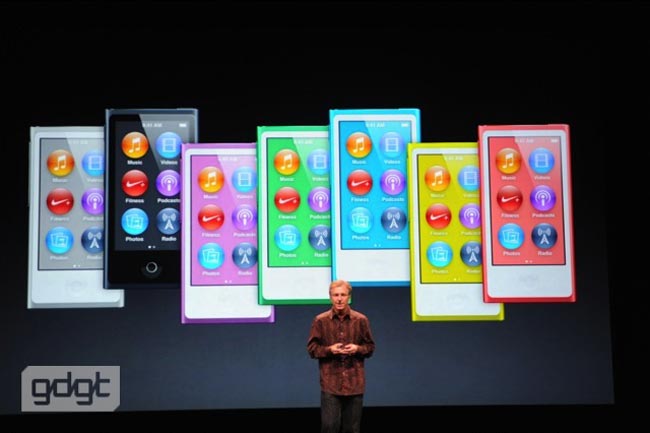 Other new features on the iPod Nano include Bluetooth support, plus a new battery that will give you up to 30 hours of music playback, and it also features Apple’s new Lightning dock connector.