After constant Forza 5 fan feedback expressing discontent with the current Forza Motorsport 5’s in-game economy and microtransactions. This week the games developer Turn 10 has announced that they will be making changes to the way the the in-game economy functions.

Forza 5 launched on November 22nd 2013 along side Microsoft’s next-generation Xbox One games console and brings with it 200 cars from over 50 manufacturers as well as 14 circuits including Spa, Bathurst, and Circuit de la Sarthe for drivers to enjoy. 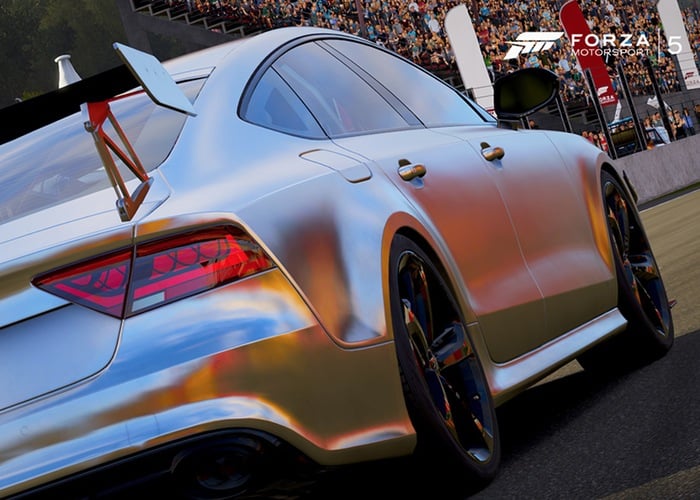 However it will not include the Nürburgring, Suzuka Circuit, and Sonoma Raceway as the Forza 4 game did. Over the next 12 months the Forza 5 Car-Packs will be available to purchase that will offer and additional 10 cars each and its been confirmed that the fictional Swiss Alps racetrack and Silverstone Circuit will be included in the new game and carried over from Forza 4.

Forza 5 fans have been taking to Reddit and NeoGAF with complaints about how in-game grinding is required to earn the Forza 5 tokens that are needed to buy parts, liveries and other desirable items within the latest version of the racing game. With players feeling like they are required to spend real cash to be able to get to drive the top-tier cars and enjoy the higher perks.

“No cars unlocked as you level. There is no logical, game-enhancing reason this was taken out. Its something that most everyone enjoyed. Some tweaks could have been to the ‘progression’ of cars you unlocked, but certainly no one wanted the whole system taken out.

It all amounts to a blatant attempt at encouraging people to spend more money. All at the detriment of the game from several important angles. So I was wrong here guys for defending this. I didn’t realize it was going to be that bad. Its definitely not like previous Forza’s at all and is totally shameful.”

“Based on the numbers we’ve seen from our first week of FM5, as well as feedback we heard directly from you, we’re in the process of making some changes to the Forza Motorsport 5 economy. But, while we’re putting the final touches on that, we want to make sure everyone continues having a great time with Forza 5.”

For a full list of the changes jump over to view the whole announcement.