Rovio developers of the hugely popular Angry Birds game, have announced that their games have now passed 1 billion downloads with 263 million monthly active users reportedly playing their Rovio created games during the month of December.

Rovio went on to reveal that their software was download 30 million times during the Christmas week and 8 million of those were clocked up on Christmas day alone. 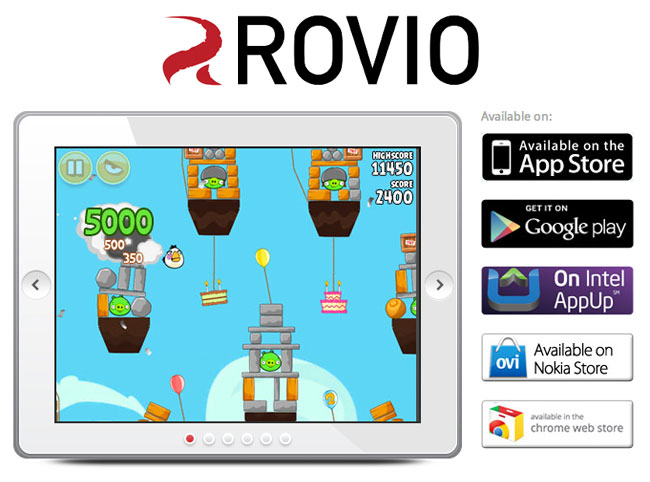 During the whole month of December 2012 active users exceeded the 200 million users recorded by the end of 2011 by 30 percent. Showing that our appetite for the cuddly birds has yet to wain, and with Rovio happy to keep releasing new versions and variations of its widely popular game, who knows what the figure will be next year.