DoubleTwist have released a new update for their doubleTwistAirTwist Android application that now allows suers to connect to Xbox 360 or PlayStation 3 consoles and streaming media wirelessly.

The AirTwist app has been available for some time on Android and allows users to keep the media on their Android mobile phones such as pictures, music, movies synced between their phone and computer. If you already own the application its a free upgrade to add Xbox 360 and PS3 support, if not the app is now available to download in the Android Market for $4.99. 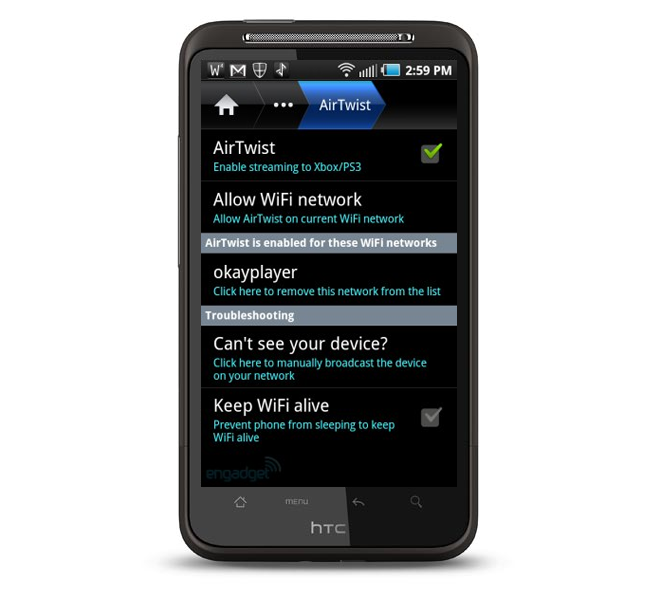 Once you have installed the app on your Android smartphone, just join the same wireless network as your console, your device will automatically appear on the Xbox or PS3, and enable the app on the console,

doubleTwist AirSync  will also be made available in the Amazon and Verizon app stores and support for additional DLNA devices beyond the Xbox and PS3 is currently in development and will be arriving soon.  Have a look and our article on Android vs iPhone to see which smartphone and mobile platform is best for you.