We know that the next major version of Google’s mobile OS will be called Android 5.0 Key Lime Pie, what we don’t know is when the OS will launch, although it looks like we may have some possible details about the Android 5.0 release date.

According to a recent report from VR-Zone, Android 5.0 will launch in October, which could also possibly be when Google launches their new Mototola X Phone and also the Nexus 5 handset. 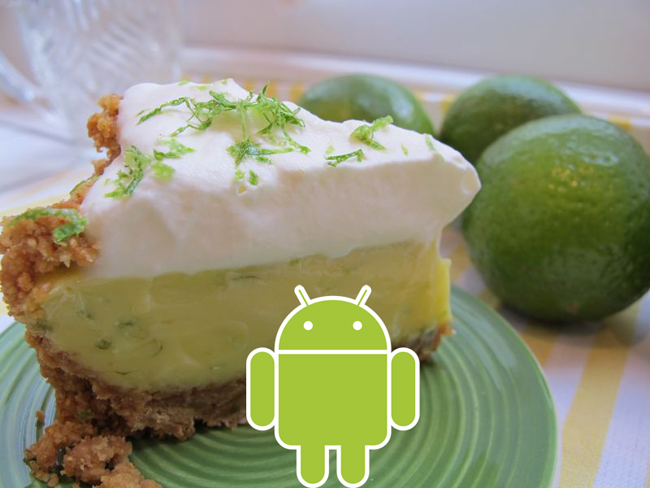 There are also some more details on Android 5.0 Key Lime Pie, and if these are correct, then this could be a major change for Android, as Android 5.0 is rumored to be an optimized OS.

What this means is that Android 5.0 will also work on older Android smartphones, and will apparently be compatible with devices which have 512MB of RAM and above.

This would be great news for Android handset manufacturers and also owners of older devices, as they would be able to install the latest version of Android on their handset, which is bound to cut down on fragmentation.

Of course this is just a rumor at the moment, nothing has been confirmed by Google, as soon as we get some more information on exactly when Android Key Lime Pie will launch we will let you guys know.