It has been a few days since Google released Android 4.3 Jelly Bean. One of the hidden features that many Android users may not have noticed is the permissions manager – App Ops. The feature is hidden by default but it can be enabled either from within the device or by using a third party application. I think it is something similar to the privacy feature in iOS that allows users to fine tune app permissions to access your contacts, camera app, photos, etc. 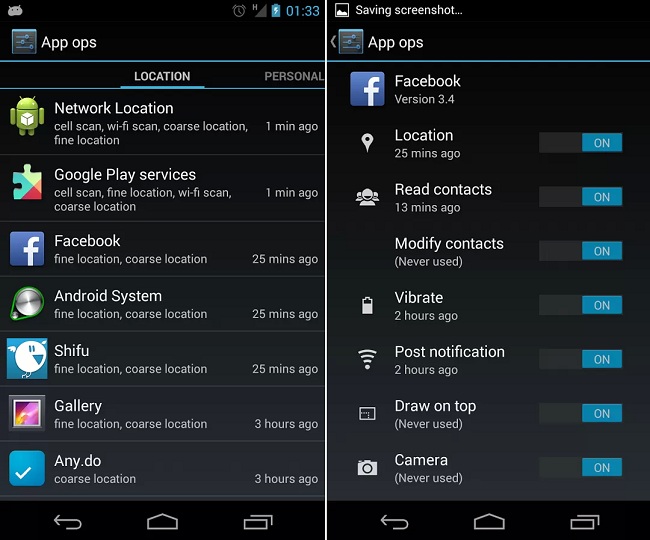 The application is up in Google Play Store dubbed as Permissions Manager that allows you to access the App Ops feature easily. Do note that this application will only work if you are using Android 4.3 Jelly Bean on your device.

The feature is hidden do mean that it is not fully ready for use. Otherwise, I don’t see a reason why Google made it a hidden feature in the first place. Before using it, keep this thing in mind that there are chances that you will come across bugs and problems.

What do you think about this new feature?