Earlier this year Amazon CEO and founder Jeff Bezos set out on a mission to recover the engines from the Apollo 11 mission that took man to the moon for the first time from the bottom of the sea floor. After an exhaustive search, the expedition was able to locate several remnants of an Apollo era rocket booster on the ocean floor. However, identifying the rocket engine components proved to be very difficult. 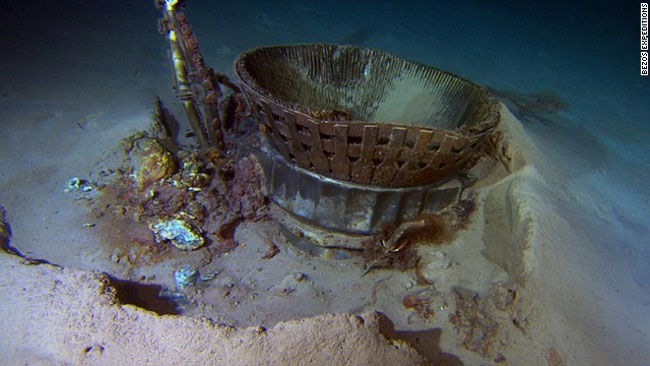 The team quickly discovered that most of the serial numbers were missing or at least partially missing making identification of the components very difficult. The team has now been able to find a serial number and has been able to confirm that the rocket engines recovered are in fact from Apollo 11.

The confirmation came when a conservator working on the project discover the number 2044 stenciled in black paint on the side of one of the massive thrust chambers. The discovery was made using a blacklight and a special lens filter. 2044 was the NASA number assigned to the F1 engine 5 from the Apollo 11 mission. A stamp was later found on the side of the engine the read Unit No 2044.