I really like my iPad and I can work on the onscreen keyboard for a while for basic things. If I need to actually work typing up a story or something the onscreen keyboard gets tedious. What I want then is a Bluetooth keyboard and Adorama has a new keyboard that is specifically designed for the iPad, iPhone, and iPod touch called the iBoard. 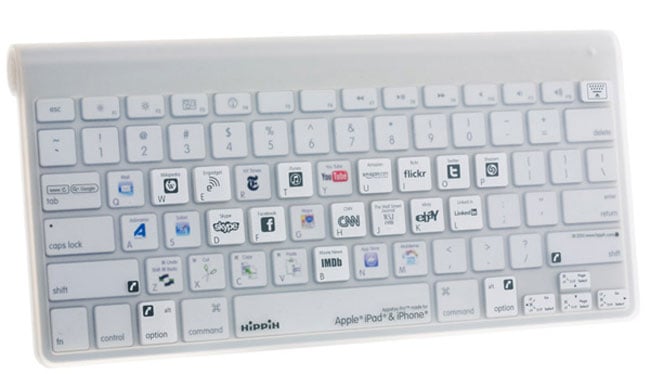 The keyboard connects to the devices using Bluetooth. It has an application on the App Store that is free allowing the keyboard to have one touch access to different websites and apps on the device. The keyboard is small and made to the standards of the official Apple BT keyboard according to Adorama.

The iBoard kit sells for $69.99 and ships with a skin for the keyboard. That skin has the icons for the shortcut keys on it that the app allows the user to access with one button press. The skin is also waterproof allowing the keyboard to survive spills.