Adobe Edge has been created to provide design and development professions tools based on web standards, and includes seven distinct tools, focusing on HTML5, CSS, JavaScript and workflow. 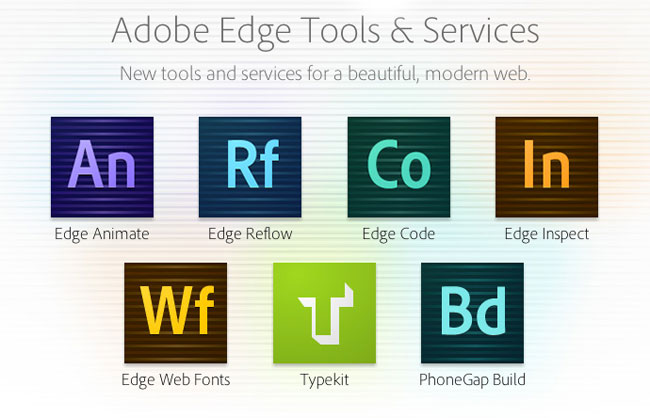 Adobe has released a number of the tools in beta version over the last few months to develop them with feedback from the community and developers. Adobe product marketing director Heidi Voltmer explains:

“A lot of the younger developers are interested in the tools that come from that open source space,”- “Brackets is one of the key ones. … We launched Edge back in May, and we started recruiting external contributors for the codebase. Also, the underlying project for PhoneGap is Cordova, which is in one of the phases for the Apache software foundation.”

“We wanted to make sure our product addressed that change,” said Voltmer. “Our customers will pick one [role, either developer or designer] … But they talk about their tools, and they say, ‘I’ll use a little code,’ or ‘I care what the user experience looks like.’ They’ll pick one name for themselves, but behind that there’s a whole bunch of skills they will pursue.”

For more information on the Adobe Edge range of tools and services, jump over to the Adobe website for further details.