We haven’t featured many boats here at Geeky Gadgets, but this one is definitely worth a mention, called the Adastra, this super yacht looks like some sort of alien space ship.

The Adastra is a high speed trimaran which was designed by John Shuttleworth, and it is currently being built in China for a Hong Kong couple, Anton and Elaine Marden. 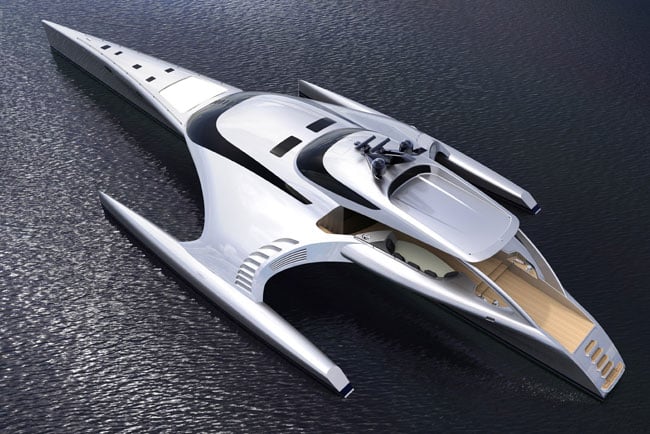 The Adastra has enough room for nine people, and it is powered by a Caterpillar C18 1150 2300 rpm engine, plus there are also two Yanmar 110hp engines in the outer hulls, it is capable of a top speed of 22.5 knots. 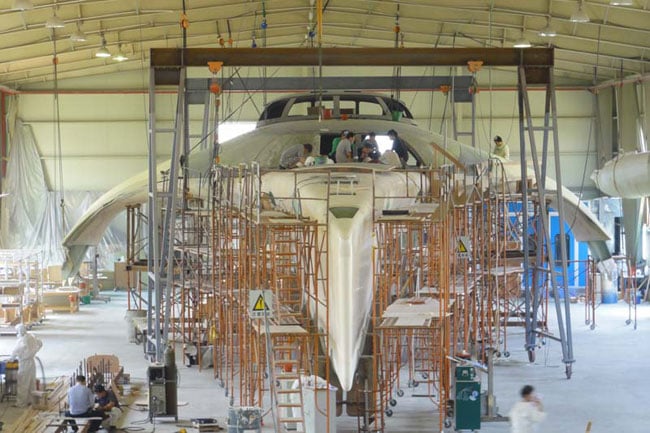 It certainly looks amazing from the photos, we have no idea how much it cost to build but we suspect it cost a fair bit.