Acer has today announced that it is extending support for its AcerCloud Service to, iOS and Android Devices, making it easier to share files and media between devices.

Acer has designed their AcerCloud service to use free space on a users PC’s hard drive as cloud storage space, and now includes a new “Remote Files” feature that lets users access their Windows systems directly from  your Android or iOS device. 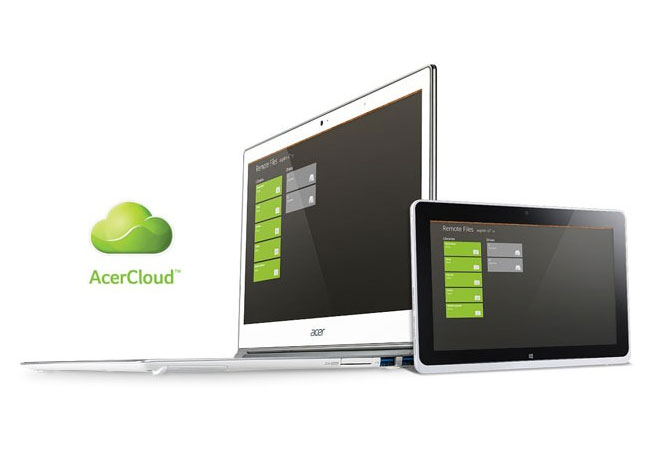 Once connected via your mobile device you can then download files and media, and other new features added by Acer now enable you to  push your photos across different devices using PicStream, while the services AcerCloud Docs feature does the same thing for Office documents.

“With AcerCloud, Acer now supports free file sharing between all of the key mobile devices, adding tremendous value to Acer customers,” said Acer President, Jim Wong. “AcerCloud greatly simplifies our customers’ ability to manage all of their digital assets across all of their devices, regardless of platform.”

Acer will be rolling out the new version of AcerCloud for via online update starting in January 2013, and bundling the service on all Acer consumer PCs starting in Q2 2013.