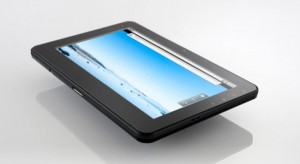 It seems weird to be talking about Microsoft selling licenses to build Android tablets considering Microsoft has its own operating systems that fight Android. Still that is exactly what Microsoft is doing since it licensed patents from another company that cover tech used in many Android devices. … END_OF_DOCUMENT_TOKEN_TO_BE_REPLACED 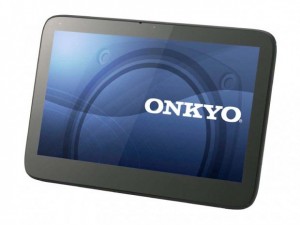 Onkyo has been very busy over the last 6 months launching Windows 7 tablets and has just unveiled another two they have added to their Windows tablet line-up. The latest additions are the TW317A7PH pictured below and the TW117A6PH, which both run Windows 7 professional as their preferred operating system. As you can guess by Onkyo's choice of operating system the new tablets … END_OF_DOCUMENT_TOKEN_TO_BE_REPLACED 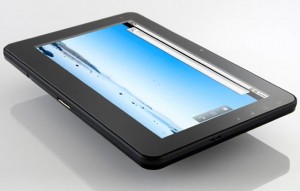 We have featured a few Onkyo tablets before here at Geeky Gadgets, they have just launched a new Android tablet, the Onkyo TA117 which comes with NVIDIA's Tegra 250. It also features a 10.1 inch touchscreen display with a resolution of 1024 x 600 pixels, and will come with Android 2.2 Froyo, Onkyo will also be launching a Windows 7 version with the exact same hardware … END_OF_DOCUMENT_TOKEN_TO_BE_REPLACED 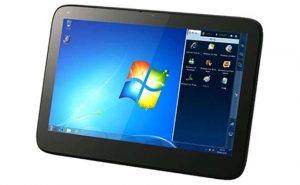 Onkyo is launching a new tablet computer that will run Microsoft's Windows 7 operating system. The Onkyo Windows 7 tablet will features an 11.6 inch LCD display with a resolution of 1366 x 768 pixels. Other specification include and Intel Atom N450 1.66GHz processor, 2GB of RAM and a 32GB solid state drive (SSD), plus a 1.3 megapixel camera. … END_OF_DOCUMENT_TOKEN_TO_BE_REPLACED 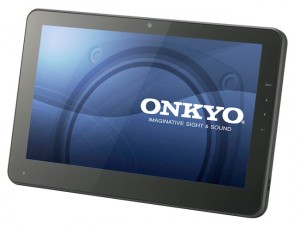 Japanese company Onkyo has launched three new Windows 7 based tablet computers, there are two 10.1 inch models the Onkyo TW117A4 and TW217A5 as well as an 11.6 inch model the TW317A5. Both the TW117A4 and TW3175A feature an Intel Atom N450 processor, plus Intel GMA 3150 graphics, whilst the TW217A5 features an Intel Atom Z530 processor and Intel GMA 500 graphics. … END_OF_DOCUMENT_TOKEN_TO_BE_REPLACED 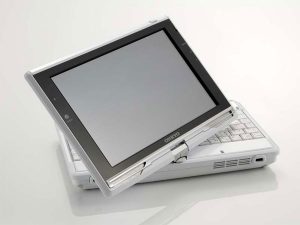 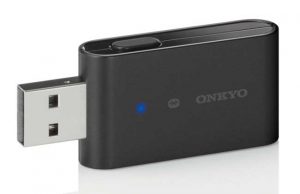 Onkyo is a big name in home theater receivers and the company has announced new product for its 2012 receiver line. The new product is called the UBT-1 Bluetooth adapter and it plugs into the front USB port of some of Tokyo's networked receivers. … END_OF_DOCUMENT_TOKEN_TO_BE_REPLACED 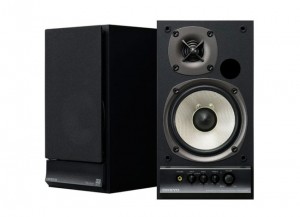 Onkyo has this week taken the wraps off its new GX-W100HV speakers which are equipped with both Wi-Fi and DLNA support. The master speaker of the pair is fitted with 802.11 b/g/n Wi-Fi, and uses Wi-Fi Protected Setup (WPS) to connect to your router, to enable the WiFi features. Once connected to your network the speakers can then use audio from any DLNA-capable app on your PC, … END_OF_DOCUMENT_TOKEN_TO_BE_REPLACED 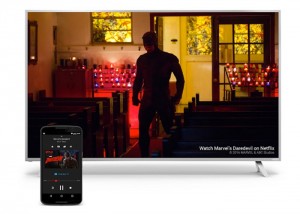 Vizio has this week unveiled new TVs and sound bars they have created which come fully equipped with support for Google Cast built in saving you the expense and hassle of purchasing a Google Chromecast device. The built-in Google Cast technology allows you to access streaming media from the likes of Hulu, Netflix, MLB.tv as well as being able to mirror your chrome browser to … END_OF_DOCUMENT_TOKEN_TO_BE_REPLACED