View a video of the Lego Venator Class Star Destroyer after the jump showing the detailing on the hull and gun turrets, this is one amazing Lego build. 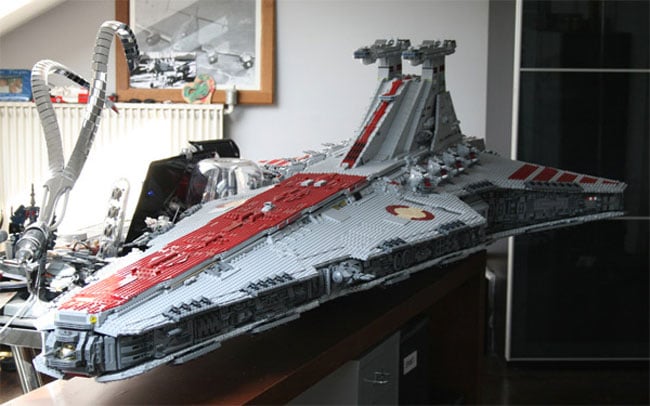 A Venator Class Star Destroyer has been created before in Lego but apparently its was sneakily held together with a little glue and a few screws. This one on the other hand is all Lego technology and no glue or screws have been used in its construction.

“Now, this isn’t the first LEGO Venator Star Destroyer ever built. In fact, this is a deliberate replica of a model build by Erik Varszegi years ago. The difference is that that original model, while made primarily of LEGOs, was also screwed and glued.”