Some of our readers will remember the 3M Mpro120 pocket projector that we reviewed last month, 3M has just added a new Pico projector to their range with the the launch of the 3M MPro150 Pico Projector.

One of the features that we wanted to see in the 3M MPro 120 was a built in memory card, and it looks like the new model has this with a microSD card slot, as well a 1GB of built in memory. 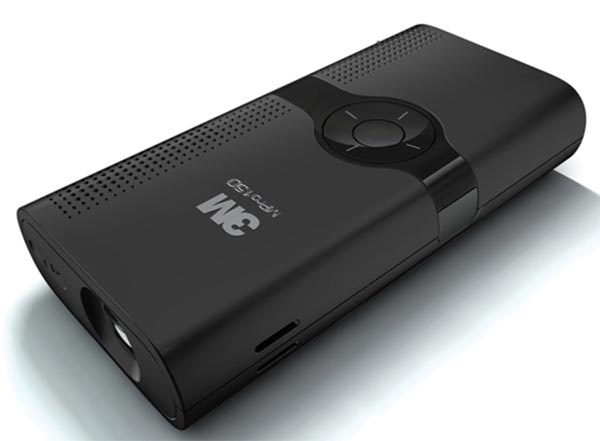 The 3M MPro150 Pico Projector can project a screen of up to 50 inches at 15 lumen’s brightness, and it has additional support built in for Microsoft Office documents, as well as Adobe PDF’s, plus photo and video.

The 3M MPro150 Pico Projector measures just five inches long and weighs in at just 5.6 ounces, it will be available shortly for about $395.