One of the most exciting cars introduced in the last year was the 2014 Chevrolet Corvette Stingray. The car hasn’t been on the market that long and already we are looking forward to the next iteration. For 2014, the Stingray will be the same car with a few new tricks and a new trim to choose from. One of the new options is the Corvette Performance Data Recorder that we talked about before. 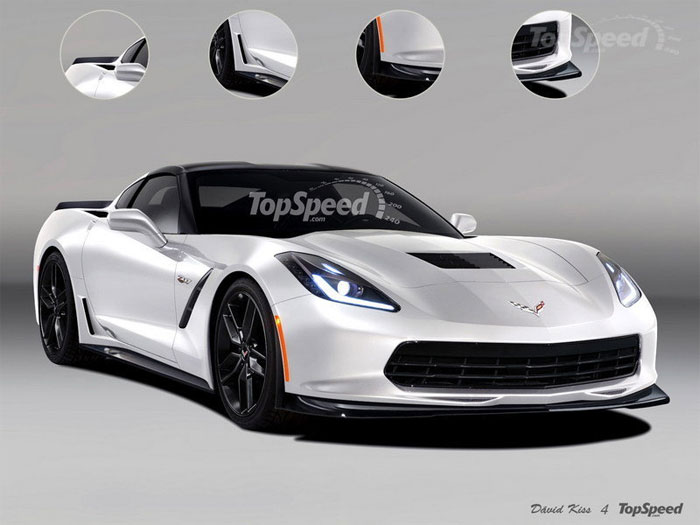 Chevrolet has also teased a new trim called the Z06 to debut in Detroit soon. So far, the only official picture that Chevy has unveiled is a teaser shot of the rear tire and side of the car. A new rendering has turned up that is created using that teaser shot and other rumors that have surfaced about the Z06.

The rendering comes by way of Top Speed and the car looks really good. It doesn’t look that different from a standard Stingray. There are a few more aerodynamic touches on the outside. It’s what is under the hood of the Z06 that counts and some details about the engine leaked a few days ago. Details that leaked via Google last week revealed that the Z06 would have 620hp and 650 lb-ft of torque.