Apple has this just announced the arrival of a new addition to their range of MacBook Pro notebooks, with the unveiling of their new 13 inch Retina Display Macbook Pro, which sports a massive 4,096,000 pixels in its screen.

Thew new 13 inch Retina Display Macbook Pro is powered by an Intel dual-core Core i5 or i7 Ivy Bridge processor, with specifications starting equipped with a 2.5 Ghz dual-core i5 processor, supported by  8GB of RAM and a 128GB solid state disk (SSD) for $1699, and its available to purchase from today. 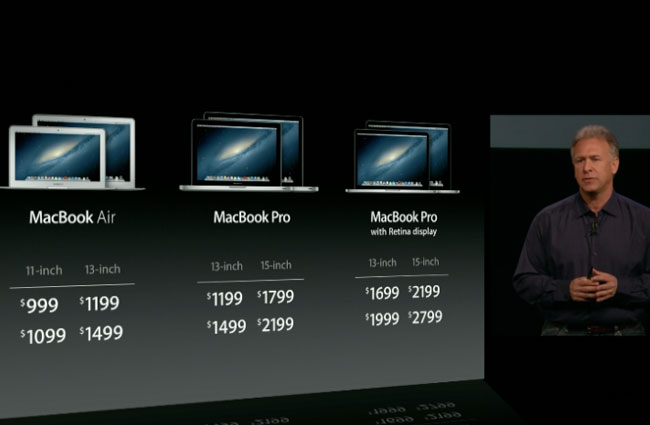 Other features of the new 13 inch Retina Display Macbook Pro include a 29 percent higher contrast ratio, 75 percent reduced reflection, and a 178 degree viewing angle, and the option to add a 768GB of solid state disk (SSD) storage.